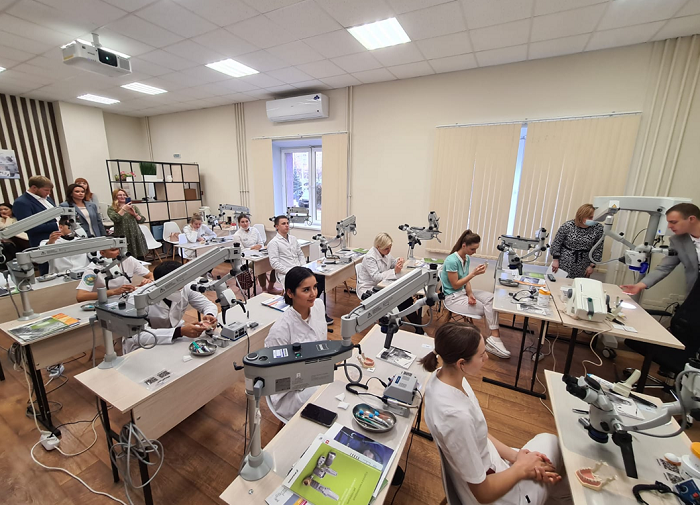 The All-Russian Olympiad with international participation “Dentistry under the microscope” was held at South Ural State Medical University. Teams from Russian cities took part in this Olympiad: Chelyabinsk, Ekaterinburg, Omsk, Volgograd, Krasnoyarsk, as well as from the cities of Uzbekistan – Tashkent and Bukhara. The Ural State Medical University was represented by the 4th-year student of the Faculty of Dentistry Polina Semenova.

During two intensive working days Polina with other participants successfully completed all the tasks of the Olympiad: they performed preparation for all-ceramic crowns, independently created temporary plastic crowns, performed wound suturing with three types of sutures on pig jaws, suturing the wound after tooth extraction, and also performed preparation and filling of the formed cavity. And all this is under micro-control using operating microscopes!

The result of the performed manipulations was the honorable third place that was taken by Polina Semenova.

The peculiarity of this delightful event was not only the acquisition of new skills and demonstration of their own skills, but also new acquaintances with the most “advanced” colleagues both among dental students and among already experienced leaders of  their professions.

We wish Polina further success in her profession! 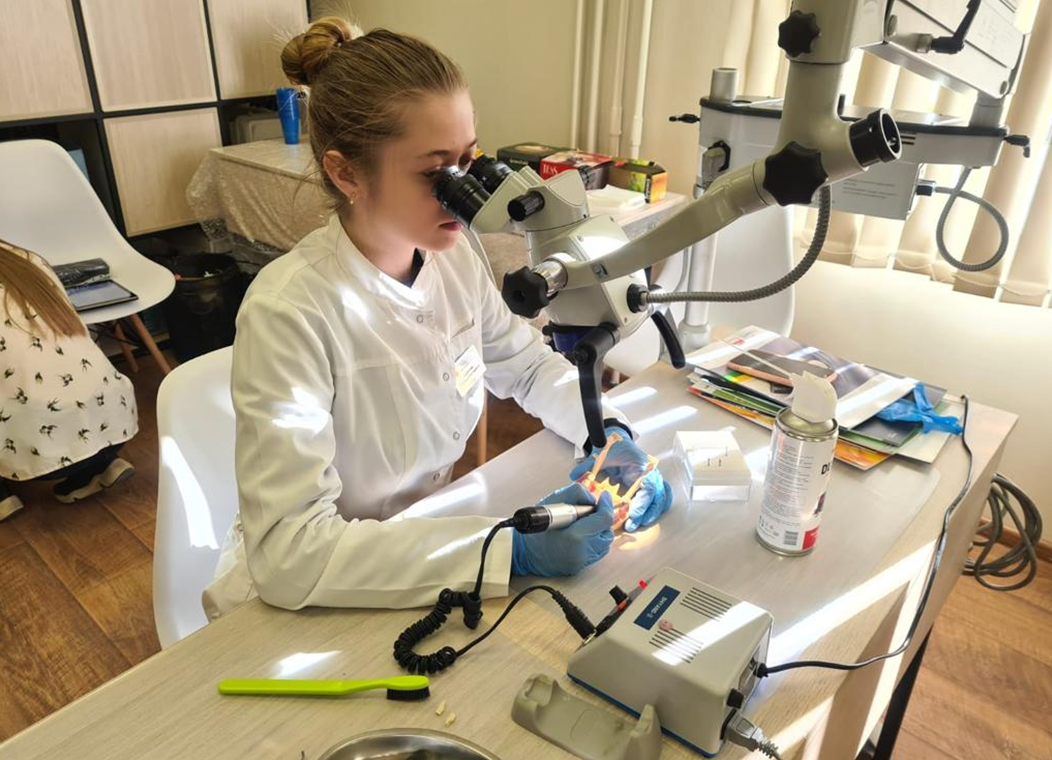