Traditionally, anatomy is considered difficult, volumetric subject. Often, students are afraid of it. Make it interesting for students, yesterday’s pupils, the task is far for simple. Therefore, the game format for studying the subject is extremely in demand, which was shown by the Moscow International Universiade on Anatomy, which was held on 26th of December in Moscow on the basis of 1st MSMU named after Sechenov, where the team of USMU took 2nd place. She served as an incentive for the intra-university Universiade in Anatomy.

The uniqueness of the Universiade was the team participation. Teams consisted of students of both one and different faculties (190 students from 38 teams took part).

The Universiade was held in 2 stages:

The full-time stage consisted of 3 rounds, whose tasks of which were both substantive and interdisciplinary in nature: answers to questions required knowledge of anatomy, history of medicine, Latin, erudition and logical thinking skills. This stage was held in the format of intellectual games:

1st round – «What? Where? When?». The teams for 1 minute were asked to give a written answer to the question, relying on the laws of logic and basic knowledge of the anatomy.

2nd round – «Pentagon». During the tour, the teams had to define a well-known scientist or apparatus, applying the knowledge of the history of medicine, anatomy and erudition. Five clues helped to answer each question: historical and clinical facts, as well as a «black box» (apparatus definition by touch).

3rd round – «Own round». During the tour, each team chose a question and for 1 minute gave an oral response. The questions of the tour were divided into 7 topics: «Call me by name» (anatomical eponyms), «Famous names» (names of scientists who contributed to the development of anatomy), «Where is the logic?» (establishing an associative connection between the depicted object and anatomical formation), «Inputs, paths and exits» (names of canals, aqueduct, meatus), «Neighbors» (apparatus syntopy), «Ab ovo usque ad mala» (age-related changes in the human body) and «Lapsus naturae» (apparatus developmental abnormalities).

Congratulations to the winners of the subject Universiade! 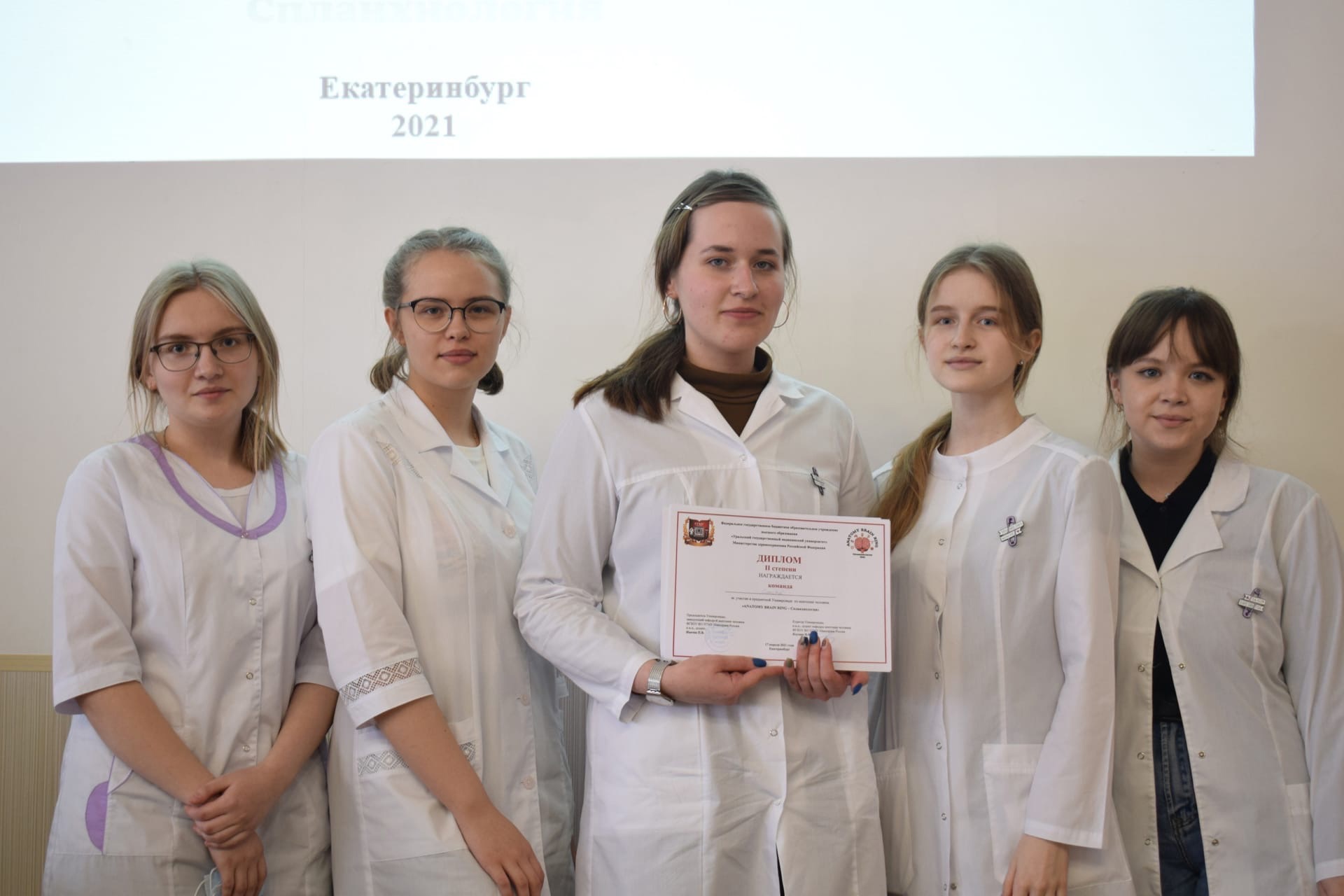 We wish the winners and participants continued success and high achievements!