«The first day was the opening of the forum and the organization of the agenda, training on the rules of procedure. Then each delegate presented the position of his country, answered the questions asked. I was the delegate of Egypt in the WHO model. This model was used to discuss the issue of termination of pregnancy as a part of modern demographic policy» said Dmitry Belolikov. During the discussion, the «representatives» of the WHO countries expressed different views on the ban on abortion, and then began to unite in coalitions to develop a draft resolution – the final document was adopted after a long discussion. Dmitry Belolikov opened the first session of the second day of the forum. The position of his country was clearly marked: abortion is prohibited, abortion may be subject to criminal sanctions. In support of this position, the student of USMU voiced an excerpt from the book «Airport» by Arthur Haley, for which he subsequently received a prize for the best quote:

«There are many arguments in favor of abortion … But if an oversight has occurred and a new life has already arisen, then another human being has arisen, and you have no right to pass the death sentence on him». Dmitry Belolikov admits that participation in the forum allowed him not only to get acquainted with the system of holding meetings of international organizations, but also to communicate with representatives of different countries, broaden his horizons, find out the position of other WHO member states in relation to abortion because this topic is interesting to the student who plans to choose for himself the profession of an obstetrician-gynecologist.

«I would like to express my special gratitude to the University administration for the opportunity to participate in such interesting and useful event for a medical student. I am also very grateful to the 2nd-year students of the Faculty of General Medicine of USMU, the guys from the Endorfin medical society Mohamed Elsobki and Iyas Khedzhazi for helping me understand the attitude of Islamic countries to abortion» Dmitry said. The student added that the program of the forum was rich: for example, in their free time, the participants visited the Omsk State Regional Scientific Library named after Pushkin, the Hermitage-Siberia Museum 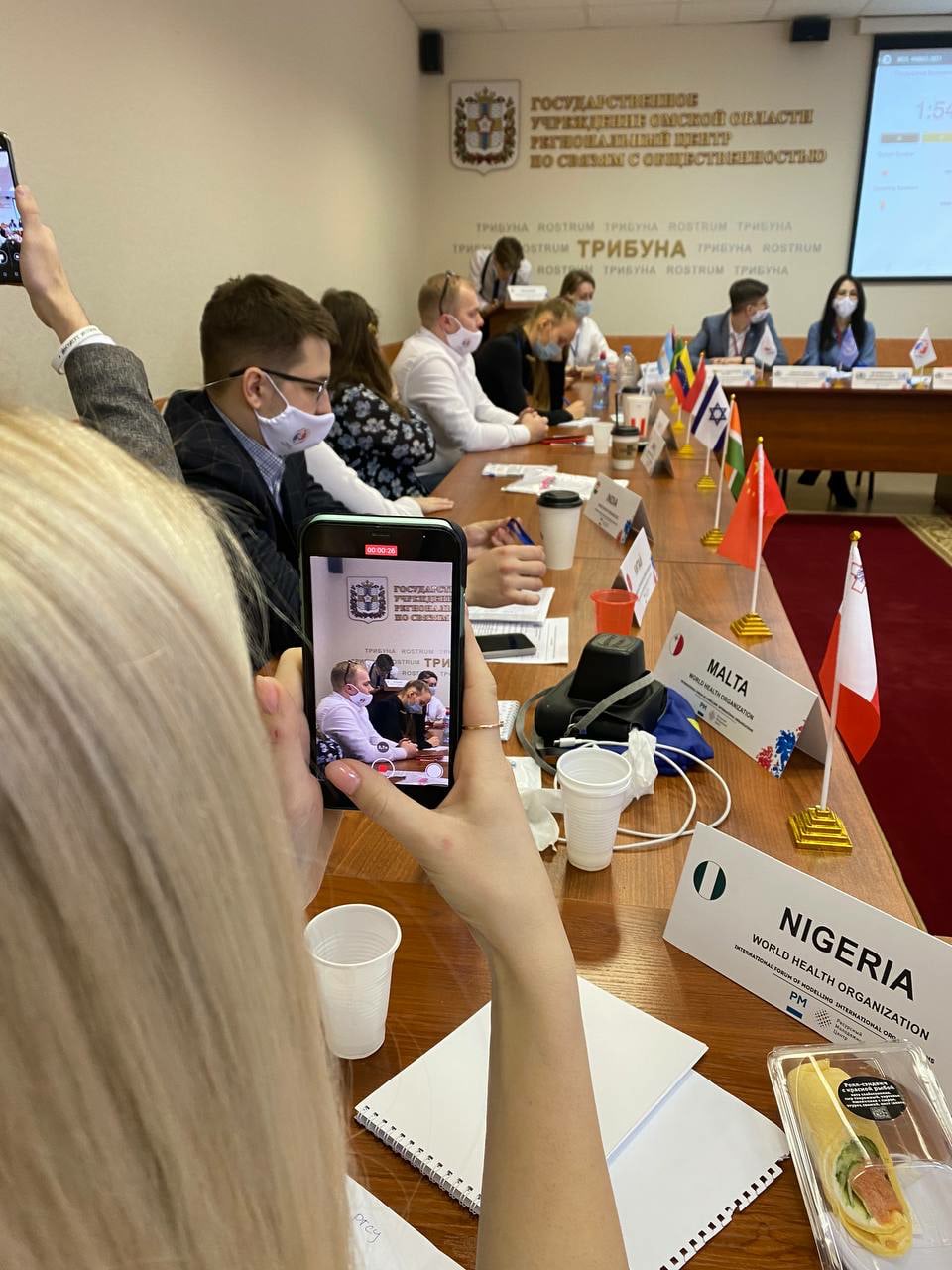