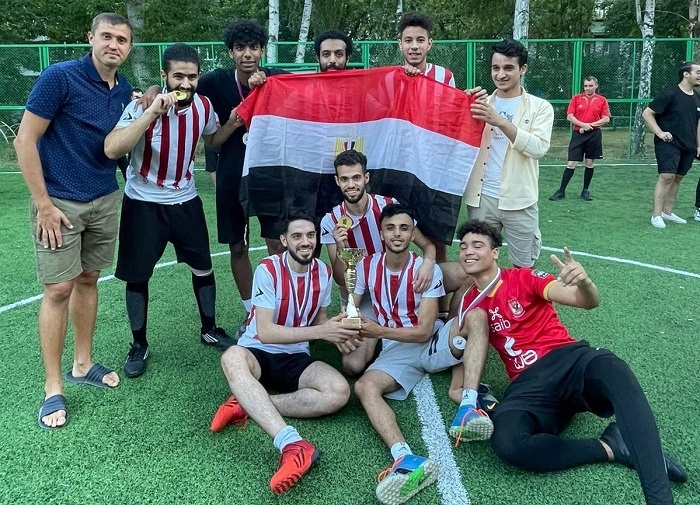 The team of foreign students of the Ural State Medical University (USMU) “Pyramids” won the championship of the Verkh-Isetsky district  of Yekaterinburg in 5×5 football.

From June 5 to July 31, the first stage took place, in which the “favorites” and “outsiders” of the tournament were identified.

The first four teams got into the Golden League, the other four – into the fight for the Small Cup.

INDIVIDUAL AWARDS OF THE CHAMPIONSHIP OF THE VERKH-ISETSKY DISTRICT