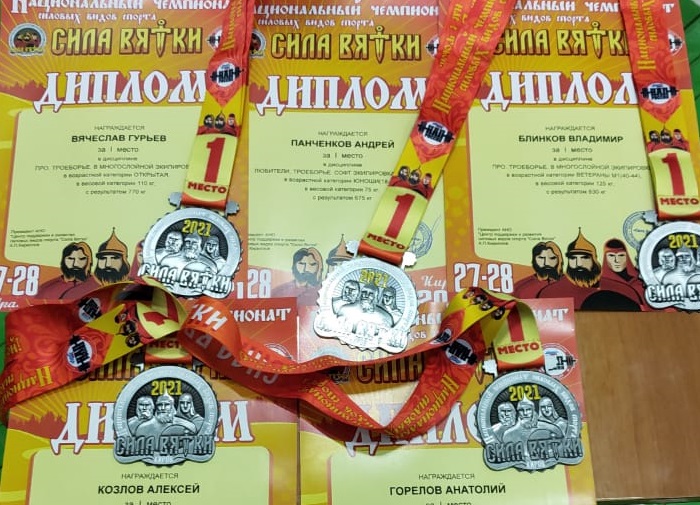 The national championship in power sports «The Power of Vyatka – 3» was held in Kirov, where representatives of the Ural State Medical University (USMU) successfully performed. From the university, as part of the national team of the Sverdlovsk region, an associate professor of the Department of Physical Education, a master of sports of international class, a world champion and record holder, Honored Coach of Russia according to the NAP Vladimir Vladimirovich Blinkov and his pupil – Master of Sports of Russia, a second year student of the medical and preventive faculty Andrey Panchenkov participated.

Andrey Panchenkov competed in the amateur division in the category up to 75 kg. With the result in the total of 675 kg triathlon, the student of USMU won a landslide victory in his division. Vladimir Blinkov competed in the professional division in the 125 kg weight category and won the tournament with the largest triathlon total among all competing athletes – 830 kg. In the movement of triathlon «the squat with a barbell» 360 kg were conquered by the athlete.

Students of Vladimir Blinkov are not only a permanent member of the Sverdlovsk region national team, but also the Russian national team at international starts. At the tournament «Power of Vyatka – 3» they showed the following results:

Dmitry Khanykov, an athlete – a professional of the elite division, lifted a barbell weighing 320 kg. in the bench press and took 1st place in the 140 kg category.

Roman Nechkin fulfilled the standard  Master of Sports of Russia in the professional division, taking 1st place in the category up to 90 kg.

Vyacheslav Guryev also fulfilled the standard  Master of Sports of Russia in the professional division and showed the best result in the category up to 110 kg.

Anatoly Gorelov achieved an international Master of Sports in the professional division and became the best in the category up to 100 kg.

The team of the Sverdlovsk region, headed by Vladimir Blinkov, won 7 gold medals in different divisions and disciplines in total.

We wish the team success in preparing for the European Championship 2021! 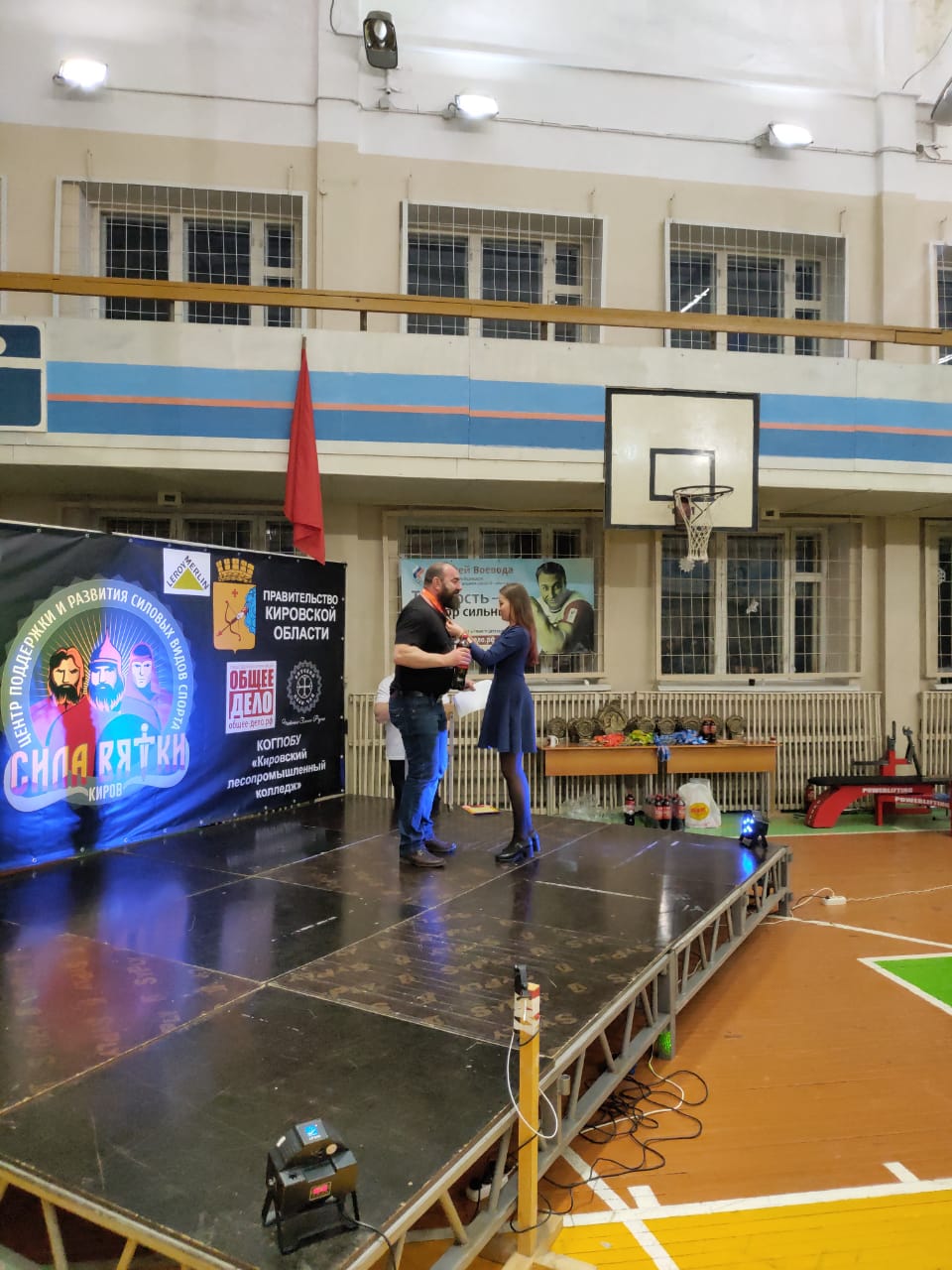