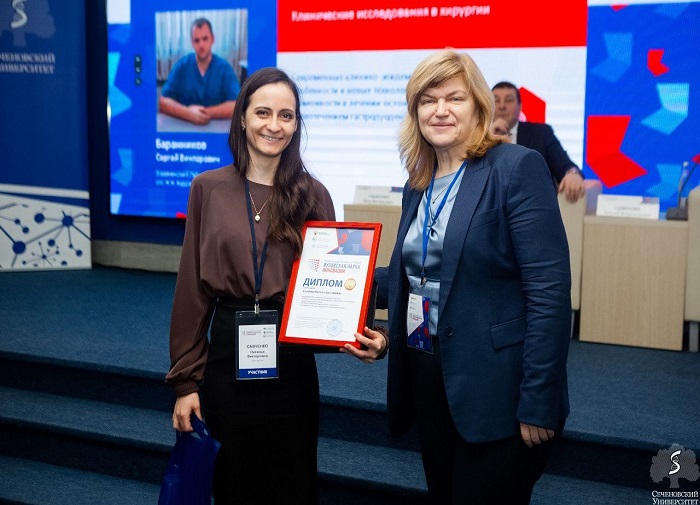 The Relay of University Science 2022 has ended . It is a multi-stage project aimed at assisting in the implementation of the Strategy for the Development of Medical Science in Russia for the period up to 2025 and the federal project “Development of scientific and scientific-industrial cooperation”.

The project managers who passed the competitive selection were invited to participate in person in the Final of the all-Russian scientific and practical event “UNIVERSITY SCIENCE  2022 RELAY ” within the framework of the International Medical Forum “UNIVERSITY SCIENCE. INNOVATIONS”, which took place on April 28-30, 2022.

The competition of scientific and innovative projects was held in 22 directions. In the direction of “Clinical research in pediatrics”, the first place was taken by the project “Technology of dermatoses prevention in HIV-positive children on the example of the Sverdlovsk region” of graduate student  Natalia Savchenko and Candidate of Medical Sciences Kristina Nikolaeva . The work was under the guidance of Marina Ufimtseva, Doctor of Medicine. The second place in the direction of “Clinical research in cardiology” was taken by the project “Study of clinical and pathogenetic features of cardiac arrhythmias of vegetative genesis” of Candidate of Medical Sciences Yakov Bozhko.

Diplomas and memorable gifts were presented to the winners by the deputy of Russian Health Minister Tatyana  Semenova.