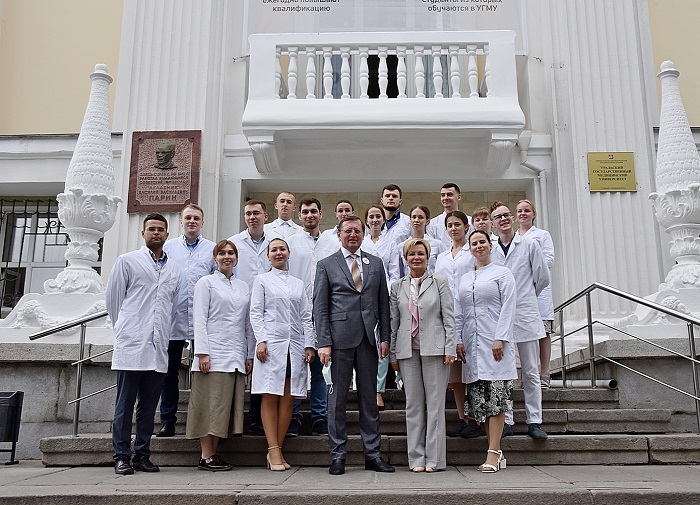 This year 327 target graduates from Ural State Medical University will go to cities in Sverdlovsk region. Evgeniy Kuyvashev, head of region, considers solving the problem of medical staff shortages and the availability of medical care as a priority.

Evgeniy Kuyvashev said «No matter how much we invest in equipping hospitals, in new technology, everything depends on the doctors. And the fact that there are not enough of them is one of the main problems in medicine, which we are gradually solving. For three years, we have increased the target enrollment in the medical university by 2.5 times – now more than two thousand students, who will have to return to the region’s cities after graduation».

According to Pavel Krekov, municipalities are in need of primary care specialists. It is necessary to ensure that the doctor can devote sufficient time and attention to each patient, because today the staffing shortage is mainly solved by putting extra workload on existing doctors.

Ksenia Shcherbakova, graduate of Preventive Medicine Faculty, who holds a red diploma, plans to join the ranks of Verkhnyaya Pyshma’s district therapists this year. According to her, the main question that worries her today is whether, as a young specialist who has moved to a satellite city, she can apply for a separate housing.

Pavel Krekov answered: «We have no municipalities today that are unable to provide housing for a visiting doctor. Most have housing funds for doctors and teachers. In some territories there are houses specially built for medics. There are other support measures: rent reimbursement, housing purchase certificates, household allowances. In addition, the region has the «Zemsky Doctor» and «Zemsky Paramedic» programs, which have paid 420 million rubles over three years to specialists who have left to work in villages and small towns».

Dmitry Shubin, coordinator of «Volunteer Medical Staff» of the USMU, asked whether, during the pandemic – and the consequent high demand for doctors – medical graduates would be granted deferment of conscription for military service. According to the deputy governor, this issue will be worked out separately with the regional conscription board.

According to Olga Kovtun, rector of USMU, in 2020, more than two thousand students and residents were involved in provision of medical care in the context of the spread of COVID-19 spread, including 250 of them in the «red zone». 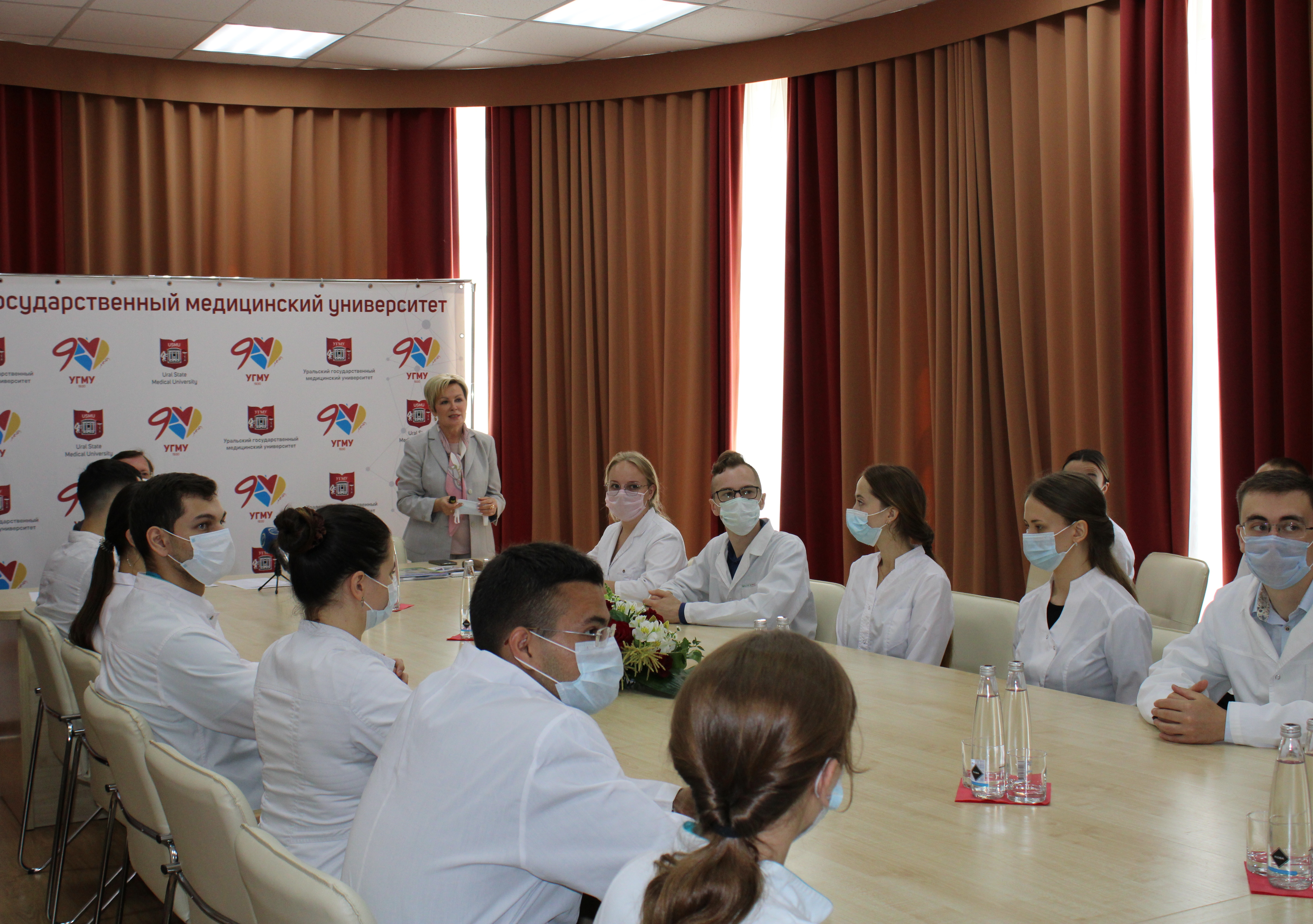 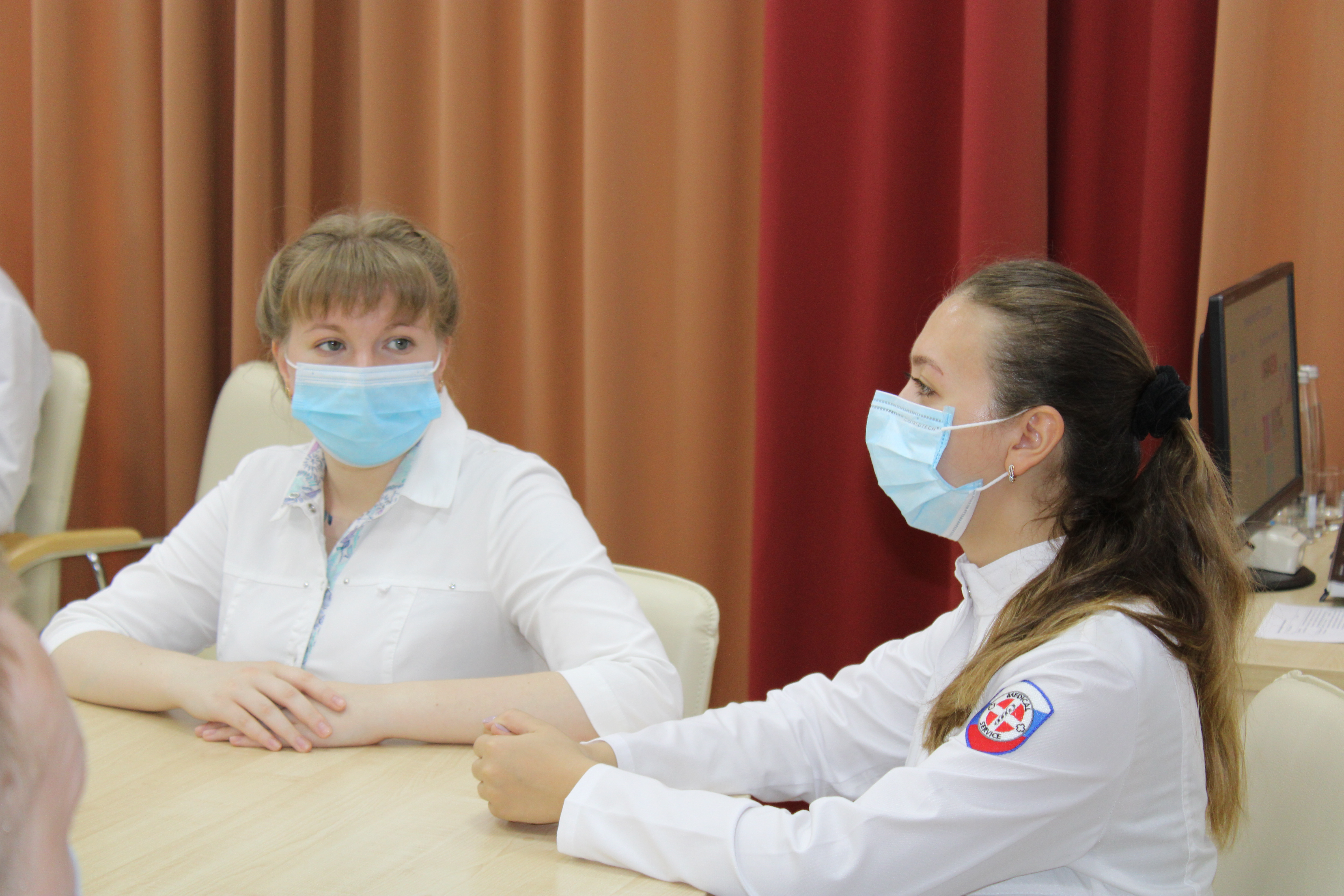