On the Eve of Victory Day celebration international students of Ural State Medical University (USMU) visited the open-air exhibition of UMMC Museum of Military Equipment in Verkhnyaya Pyshma. The excursion started at the memorial complex «Cranes» and the Eternal Flame, which were erected in memory of the factory workers who died during the Great Patriotic War.

Museum complex of Ural Mining and Metallurgical Company is one of the world’s largest museum of military and automotive technology and history. Students viewed the exposition of the UMMC Museum Complex, got acquainted with the unique exhibits of military equipment that were presented at the exhibition. Most of tanks and guns were made in the Ural plants.

International students of USMU are representatives of various religious denominations. The Copper Mosque named after Imam Ismail al-Bukhari is the largest and most beautiful cathedral mosque in Ural, it’s located in Verkhnyaya Pyshma. The sacred month of Ramadan ends on the 12th of May – one of the most revered in the Muslim world. International students of USMU together with teachers of Russian language and Department of Social and Cultural Communications visited the mosque, learned about history of its construction, got acquainted with Muslim dictations and practices. 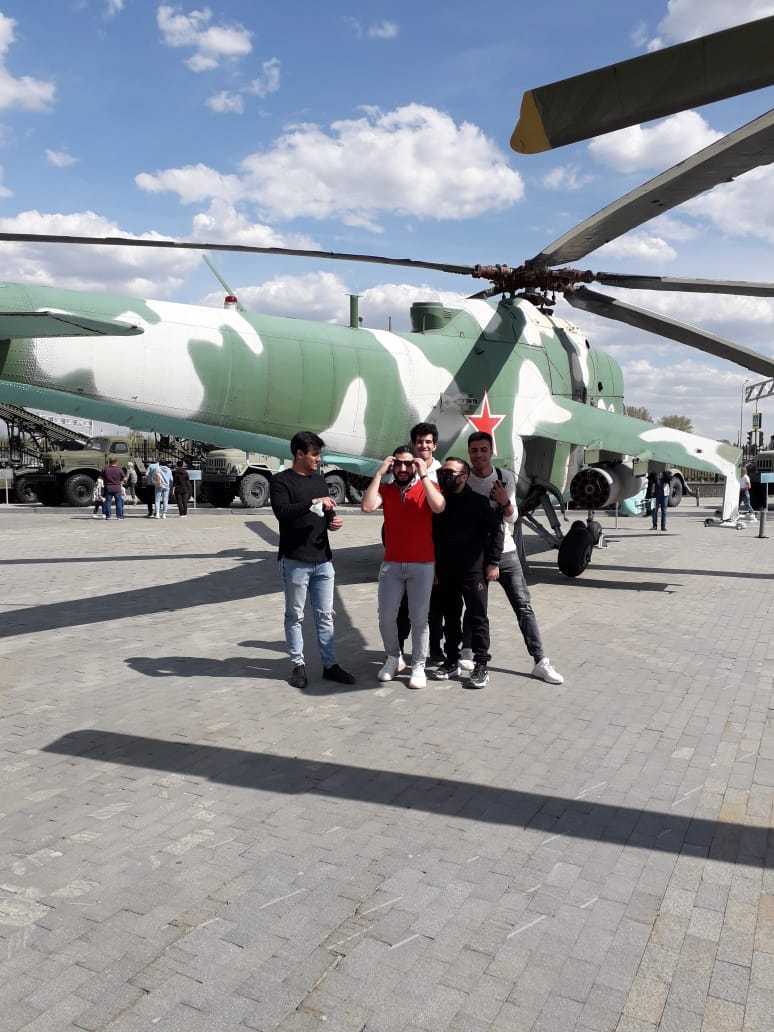