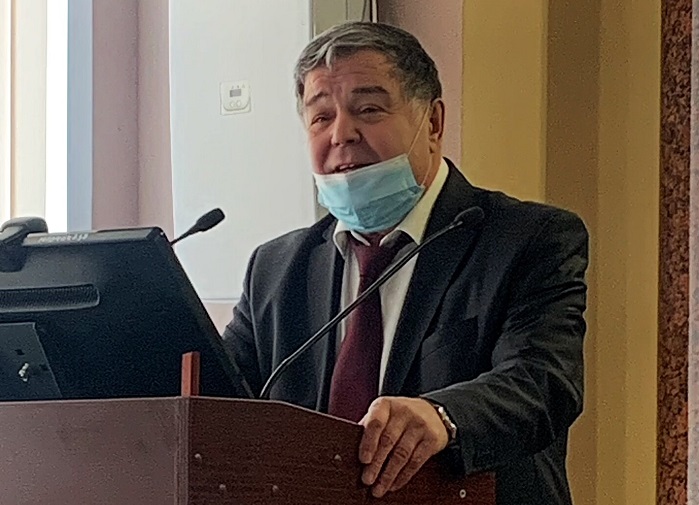 On February 8, the Ural State Medical University (USMU) hosted a symposium dedicated to the Day of Russian Science. Named specialists and young scientists talked about their scientific research in various fields of medicine. Speakers’ speeches were broadcast live on the YouTube platform. 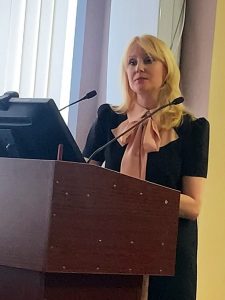 There are more than 50 scientific schools at the Ural Medical University, said Marina Ufimtseva, Vice-Rector for Science and Clinical Studies of USMU. Our professors share their rich experience and deep knowledge with their students,” added the vice-rector.

The first to present his report on the topic «Promising directions in the development of traumatology and orthopedics» was Sergey Kutepov, the President of USMU, Doctor of Medicine. He spoke about the new developments of university scientists in this direction: today, more than ever, the problem of compensating for defects in bone and cartilage tissue resulting from acute injuries, degenerative and oncological lesions of the joints and spine is urgent.

Valery Bankov, Professor of the Department of Normal Physiology, Doctor of Medicine presented his monograph «Non-contact impedance measurement. Diagnostics, treatment, practice». The scientist`s work is the result of years of research and experimentation. «All these studies are based on classical impedance measurement, which is used in electrophysiology, functional diagnostics, when registering an electrocardiogram, encephalogram, and so on» said Valery Bankov. The monograph also includes the technical idea of ​​using standard impedance measurements for the development of methods for the treatment and prevention of viral infections. The young researchers Larissa Polushina (assistant at the Department of Clinical Laboratory Diagnostics and Bacteriology) and Yakov Bozhko (Assistant at the Department of Therapy of Faculty of advanced training and professional retraining) spoke about their path to science. In January Larissa Polushina became a laureate of the Governor`s Prize, and Yakov Bozhko received a Russian President`s scholarship for young scientists and graduate students who carry out advanced research and development in priority areas of modernization of the Russian economy in 2021-2023.